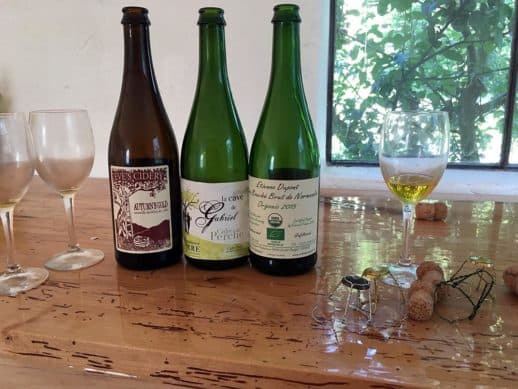 I have been thinking as I read about Trump’s decisions — who to fire, who to goad — within hours of the event, how ironically isolating instant communications through the internet are.  It’s comforting to be affirmed; all I have to do is open the New York Times online to find my own opinions voiced.

One would think farming is further isolating, on a physical level.  Out here in the country, Appalachia, our farm, like it’s own little country and all of those things we do within that territory (which won’t all get done) and we sort of boing around in there only leaving to get parts to fix equipment or toilet paper and lemons.  But I have found that farming has broadened my affinity group.  I hate trump but I don’t hate the people for voting for him.  Because I know some of them because we do the same thing.  I’ve found that the values you develop and share by working outside on the land is more uniting and important to me then my neighbor’s position on the EPA.  I’ll get to that later with them.
With this affinity to caring for land, I find myself pulled to these bubbles of activity around the world, because I can taste the product which is the result of these other farmer’s values.
Here in Van Etten, Autumn and I and Celia are engaged in this thing which is making the best cider we can and growing the apples that we think make the best cider.  So we grow a lot of European bittersweet varieties for tannins and structure.  And there are people on the land here and overseas that are doing the same thing and I am curious about them. So I taste their cider and feel I know them somehow.
That was the feeling I had when staff from the Finger Lakes Cider House visited last week and we tasted 2 bottles of French cider along side our Autumn’s Gold.  Varying levels of French funk rolled out of the glass: surprising at first, because it’s different from ours but….. wait for the taste.  In the mouth the cider funk aroma and taste synergy took me to another place, like art.  Here were the tannins, the flavors of ancient apple trees and I was transported, in my mind, to an orchard where the farmers do what we are trying to do and have made a good go of it.
← Our Organic Mulching TechniqueA Lively Cider Chat →