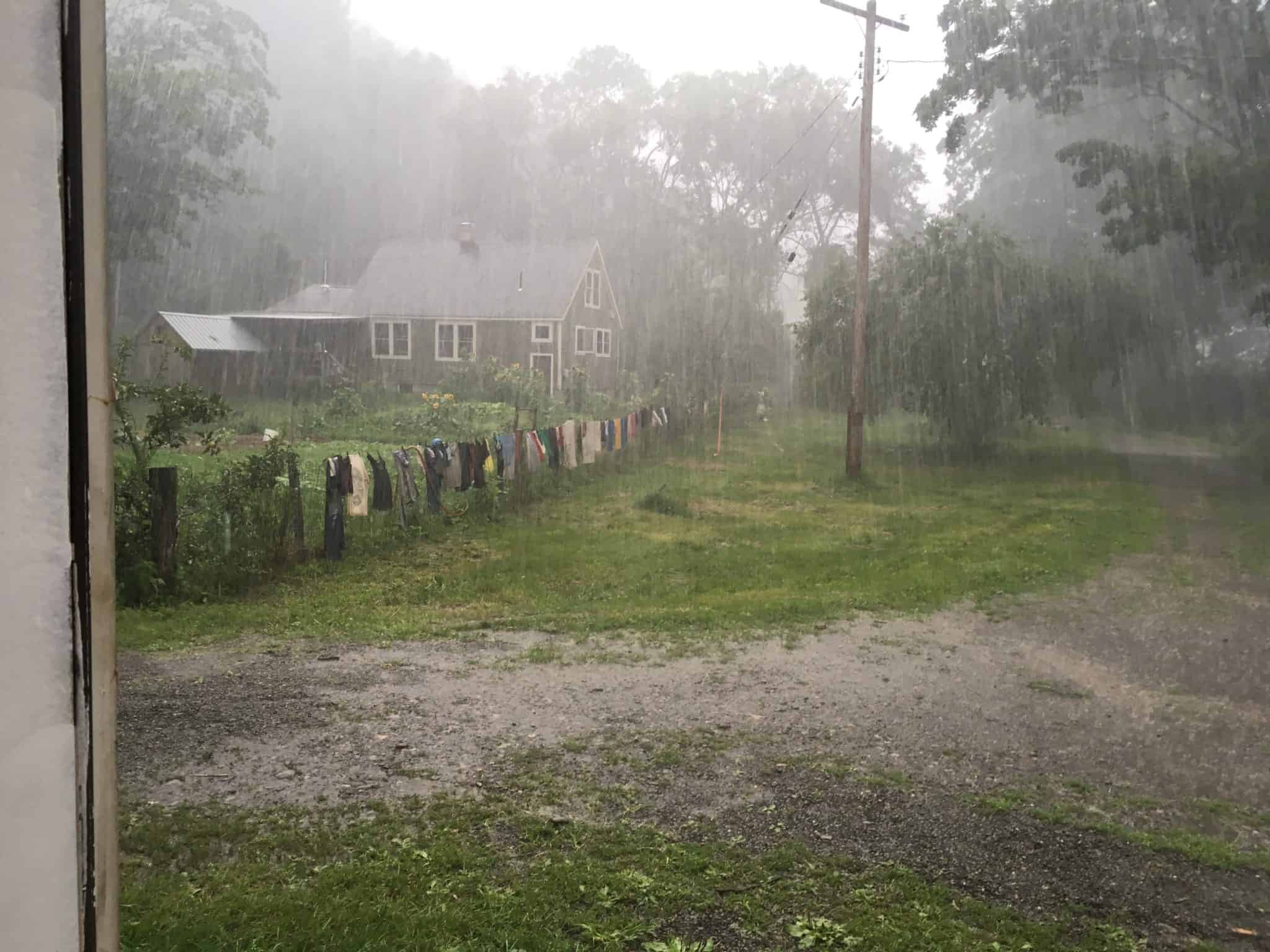 I said the word 'unseasonable' so many time during the 2017 growing season, that the word lost it's meaning. As I write this at the end of October, clouds in balmy grey skies move comfortably on 78 degree breeze, and I wonder: was there ever any such thing as a season?

In March we had had the now common yet still feared early spring warm up. The trees raced ahead with bud phenology and we bit our nails and gnashed our teeth, worrying about a repeat of the 2016 freeze out. This time though, things cooled right down in early April, and despite the endless rain and cold, blossoms were pollinated and fruit set. 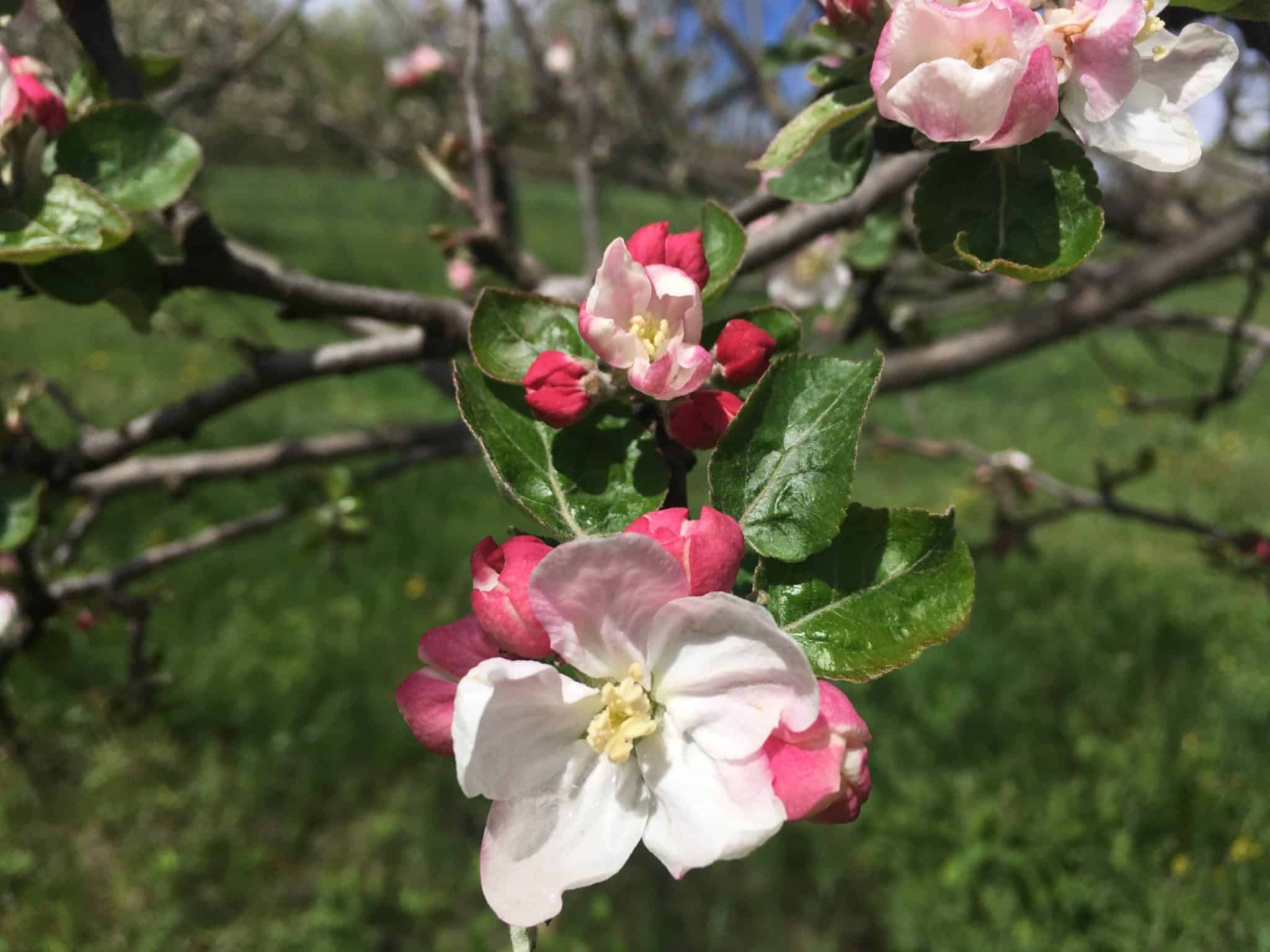 The notion of a humid Northeast climate and all the fungal challenges that come with it was fully manifest this year: by midsummer, many wild trees, and abandoned or mismanaged orchards had lost their leaves due to scab (venturia inaequalis) or rust (gymnosporangium juniperi-virginianae) or both. But this was only a minor part of the story of our orchards in 2017, thanks in part to an amazing holistic management program (more about this later) we been working on for a number of years now.

The bigger story of 2017, I believe, was 2016. Four months with out rain during the growing season last year left the trees stressed going into a dry and mild winter. Stresses not necessarily apparent to the naked eye lingered into 2017. Constant rain, 'unseasonable' cold, and continual cloud cover meant that the trees just didn't get as much photosynthesis done as 'normal'. Combine this with depleted reserves and a heavy crop set and it's no wonder how they reacted to an 'unseasonable' fall... 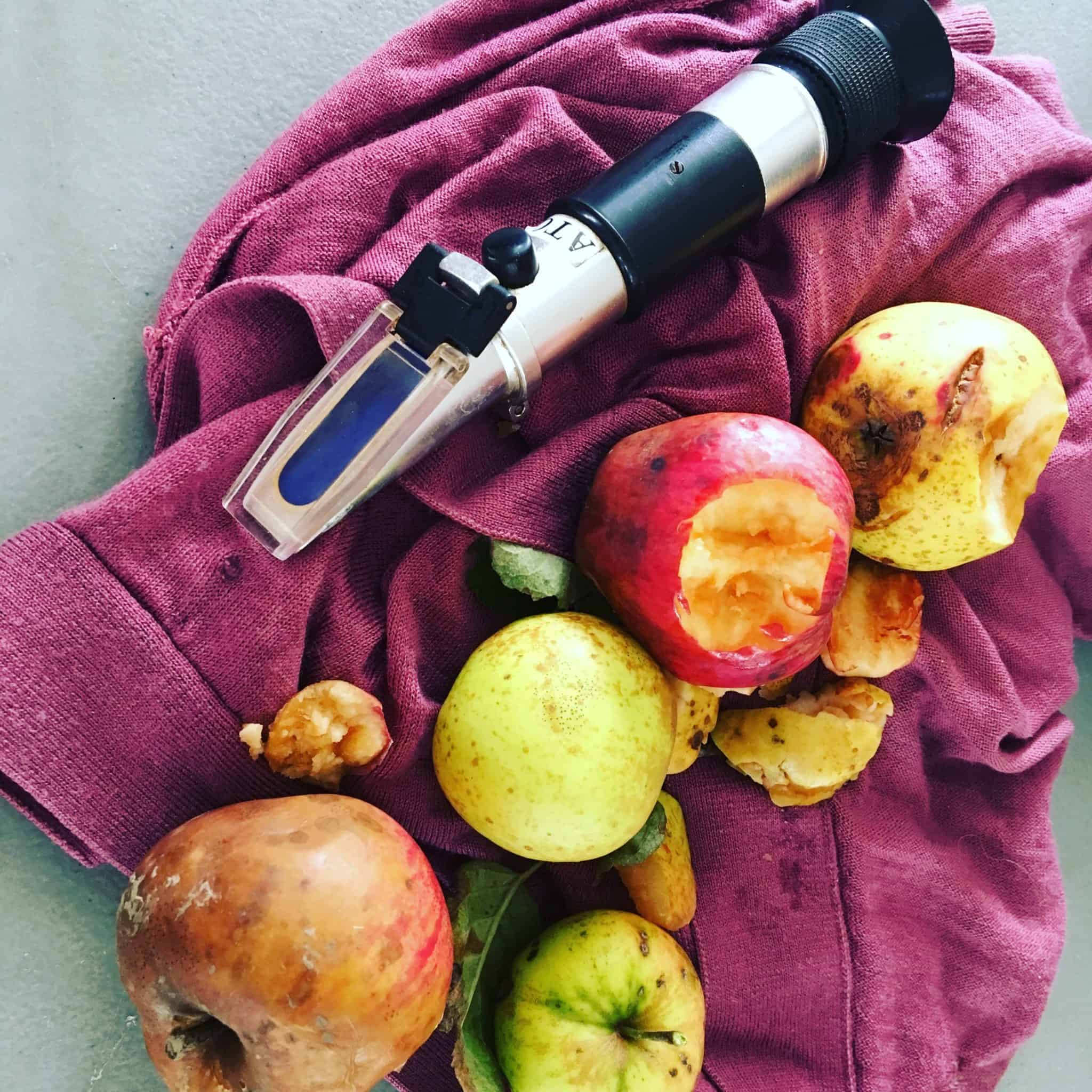 Checking brix with a refractometer

Just when September rolled around the corner and the harvest was about to start, the unseasonable fall-like summer ended and the summer-like fall began. In early September it dried right up and got hot. The first week of 85 degree plus weather was welcome. We went swimming (unlike the rest of summer!). The next week we started to get annoyed. By the third week of this unseasonably warm, dry weather, we started to get worried. The harvest season was suddenly compressed from a 6 week season to a 3 week one as all the apples started falling off the trees at once. Some of it was early ripening, but not all. ripeness was all over the place. Which apples fell and dropped seemed to have no rhyme or reason. Starches were high in some fruit. Acids started dropping. Brix stayed surprisingly low. 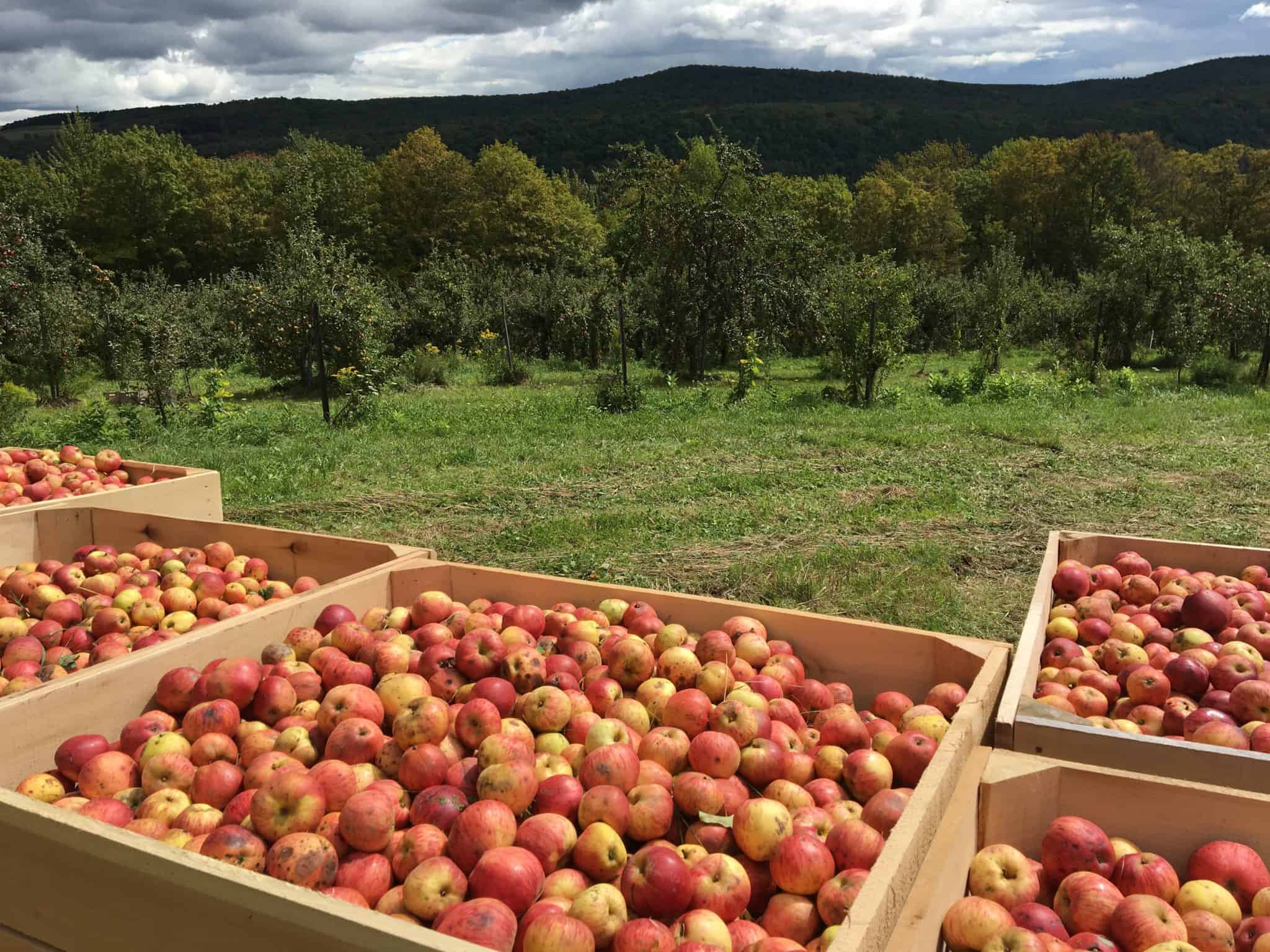 As all this fruit was dropping we scrambled to keep up. The hot temperatures meant the apples couldn't sit around. No picking a little of this and a little of that. No thinking about blends. No sweating this year. Just pick and press. Fill bins and empty bins. All hands on deck.

In the nick of time, our friend Rich Gurney swooped in to help with harvest and pressing and I honestly don't think we could have done it with out him. And as I write today, 80% of the crop is now in tanks bubbling away. 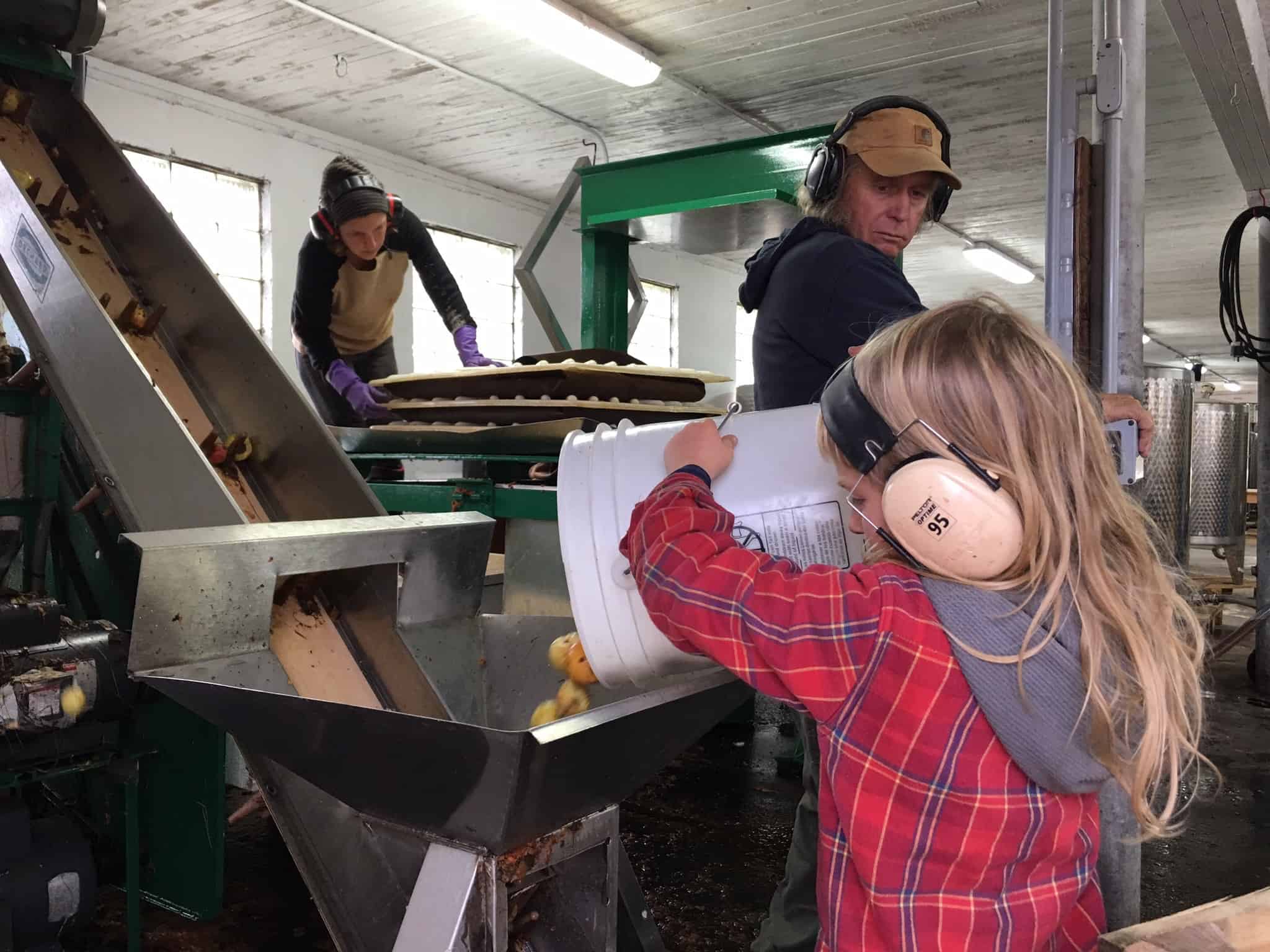 Taking turns on the press crew at Eve's Cidery

What's the upshot of the 2017 vintage for cider? Two years of unseasonable weather induced stress and a heavy crop left the trees vulnerable to a bizarre heat wave in the fall causing early drop and unusual juice chemistry. Some folks are all ready declaring 2017 to be a vintage "not worth writing home about" but to my mind it's too early to say. There are mysteries and intricacies in nature that we clearly do not fully understand. Cider is more than it's main chemical components. Every year has a story to tell and every vintage of cider has an opportunity to tell that story. So for now we are focused on the mundane aspects of cidermaking...washing tanks, washing the press, pressing apples, picking apples, sorting apples, washing tanks, watching the ferments. Watching and waiting... 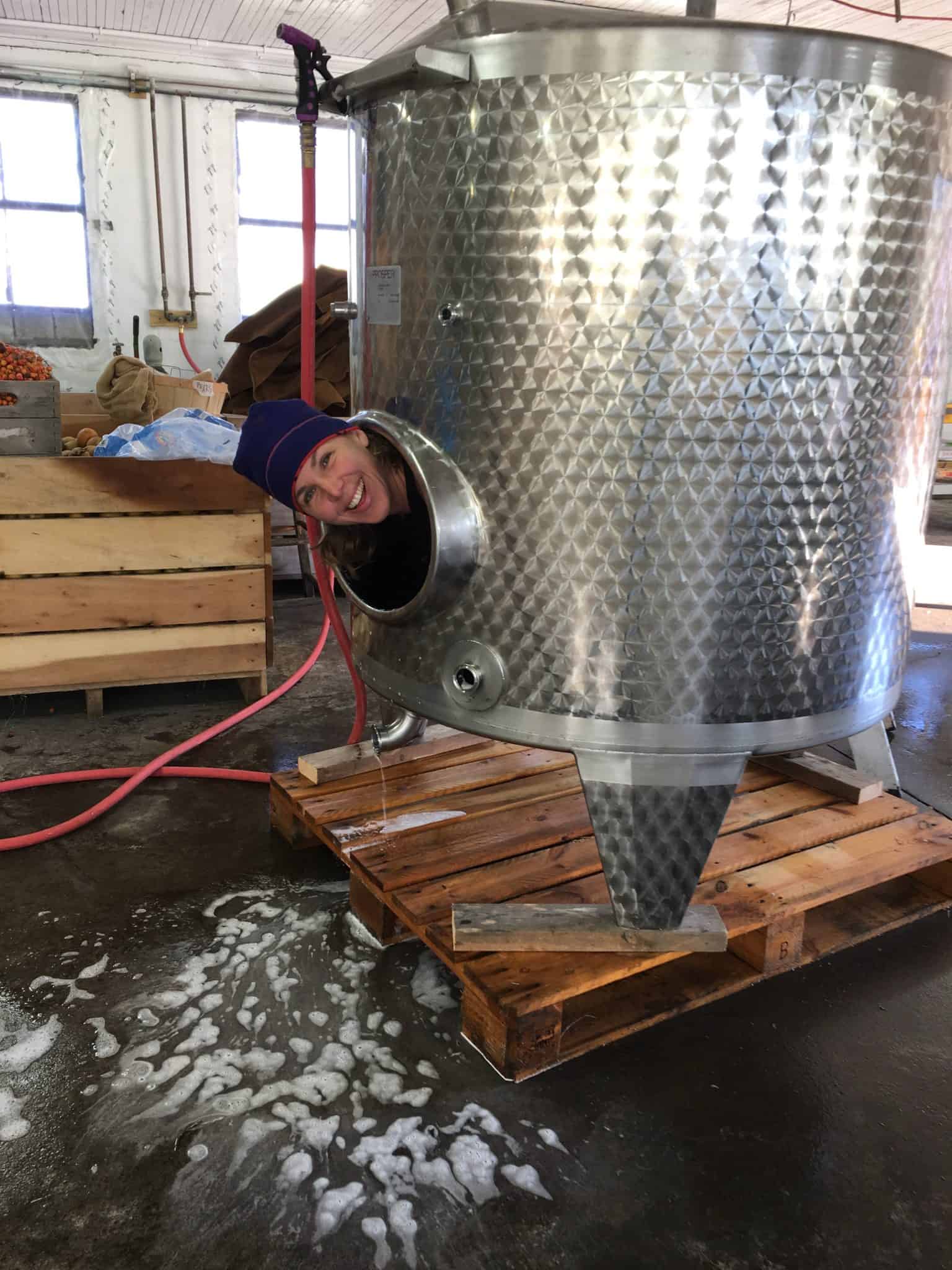 Washing tanks in the cidery.

If I had to make a prediction about the story our 2017 ciders will tell, a story you'll get to taste in a year or two, I'm going to say it's a story about resiliency. It's about ecosystems and the micro-biome as radical alternatives to industrial-chemical agriculture in the face of climate chaos. When 'normal' starts to fail, so do the normal ways of doing things. There has never been a better time to look to nature for a new way of farming. 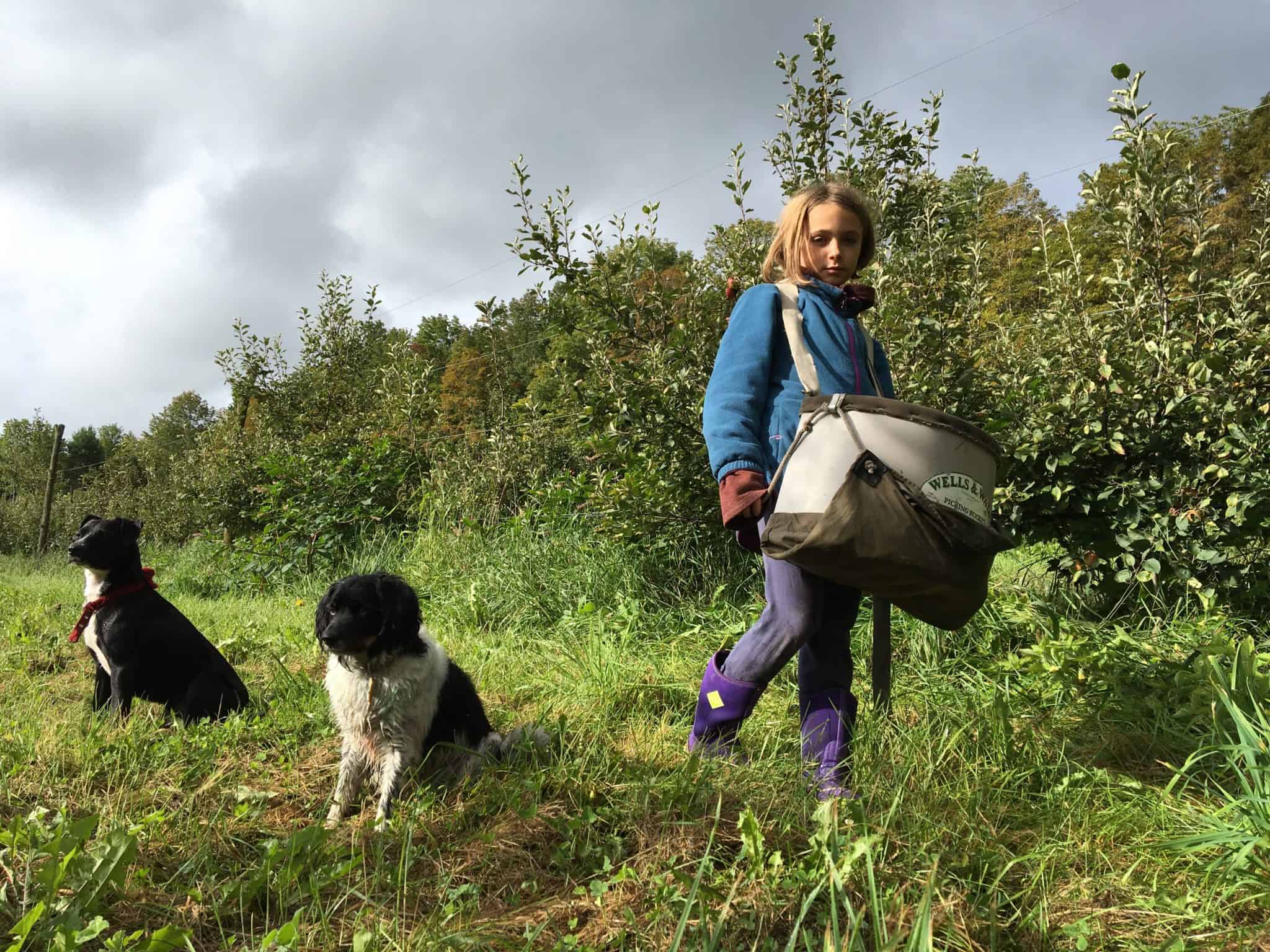