Christmas Goose, or any other rich, flavorful food with elements of sweetness.

The Story of Northern Spy 2020

On October 28th and 29th, we pressed 182 bushels of Northern Spy from our Newfield orchard.  The brix was 13.5 after this beautiful growing year.

Northern Spy is one of our partner James’ favorite apples and it has become one of mine as well.  James’ orchards defy typical orchard layout conventions.  There are no fences (apparently deer pressure was much lighter 40 years ago then they are now in our area) and they are in several acre plots dotting an expanse of fields and woods.  Etter said that you can judge suitability for planting tree fruits by looking at the health of the forest trees and James’ land is a secret wonder.  No hunting, no logging allowed.  The forest trees are the biggest I have ever seen by far and diverse: sugar maple and ash, for sure, but also cherry and pignut hickory and walnuts, and many others I don’t recognize.  I recently brought massive Beech and Black Birch logs to the sawmill from a blowdown.

James’ Spys are at the top of an orchard space he calls “Area 51” which also contains Jonagolds, Akane, Fujis and the mysterious Krys.  Spys, which grow big, are the biggest trees in Area 51.

The ‘20 Spy was fermented as dry as we could get it but still contains 16 grams of sugar. 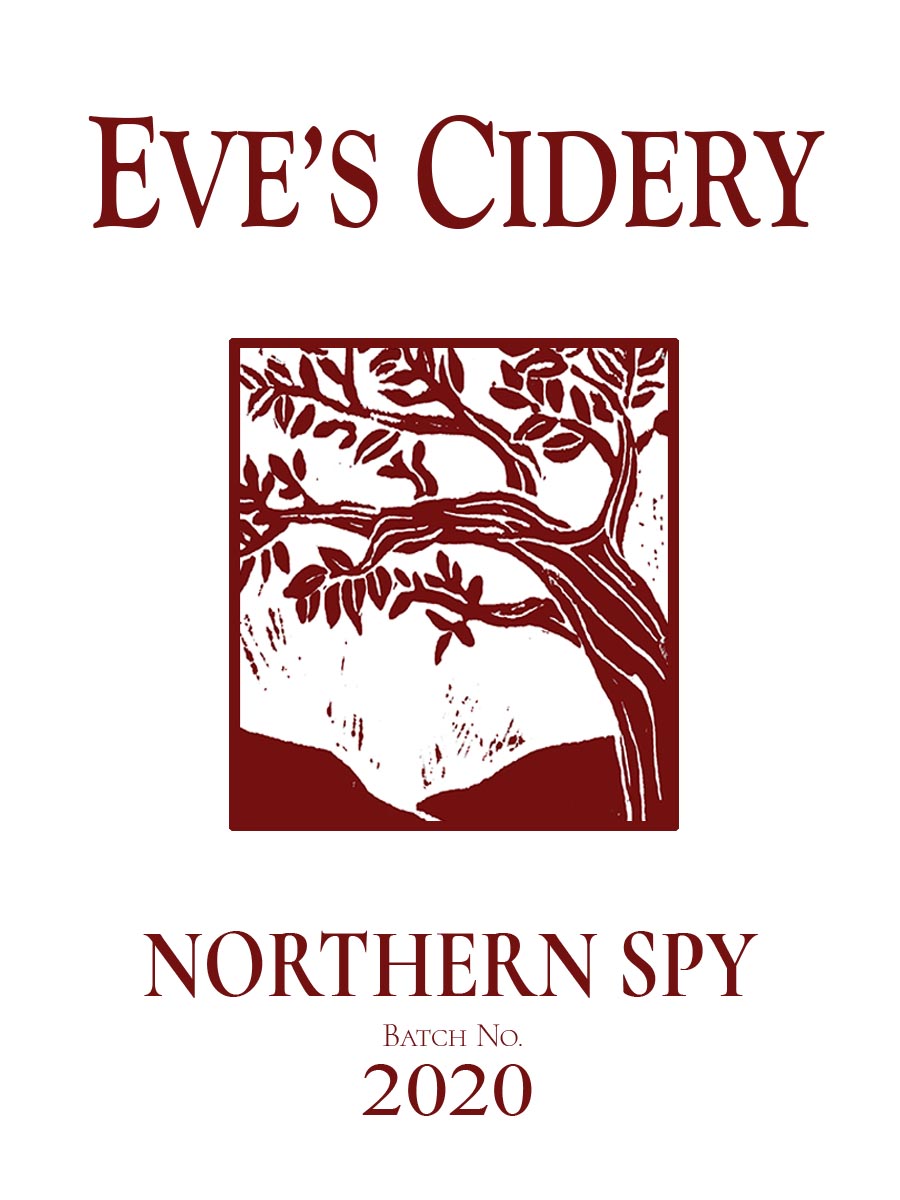