Autumn’s Gold is our flagship blend, one that highlights the characteristics of true European bittersweet apples: smoke, warm spice, damp leaves, leather and ripe, ripe apple. The first batch of cider we ever made and named was Autumn’s Gold. Why? Because after 9 months of fumbling around with no idea what we were doing, we disgorged the bottles a week before our grand opening and poured out a stunningly beautiful, rich, golden colored cider, redolent of the orchard floor after harvest and James declared it was “Autum’s Gold’ and nobody could argue. That golden liquid is the ideal that Eve’s -- the farm and cider making operation -- is built around. 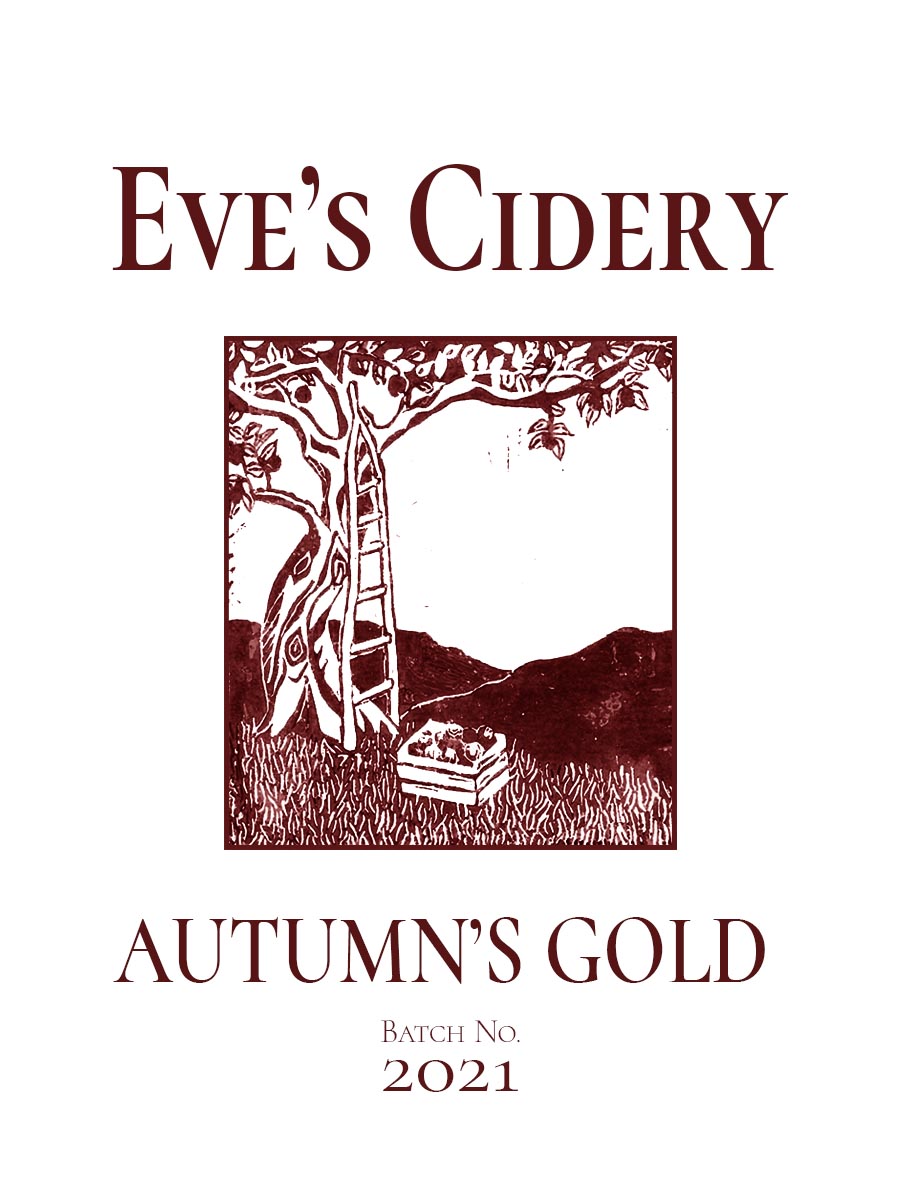 The 2021 version is made from the following blend: