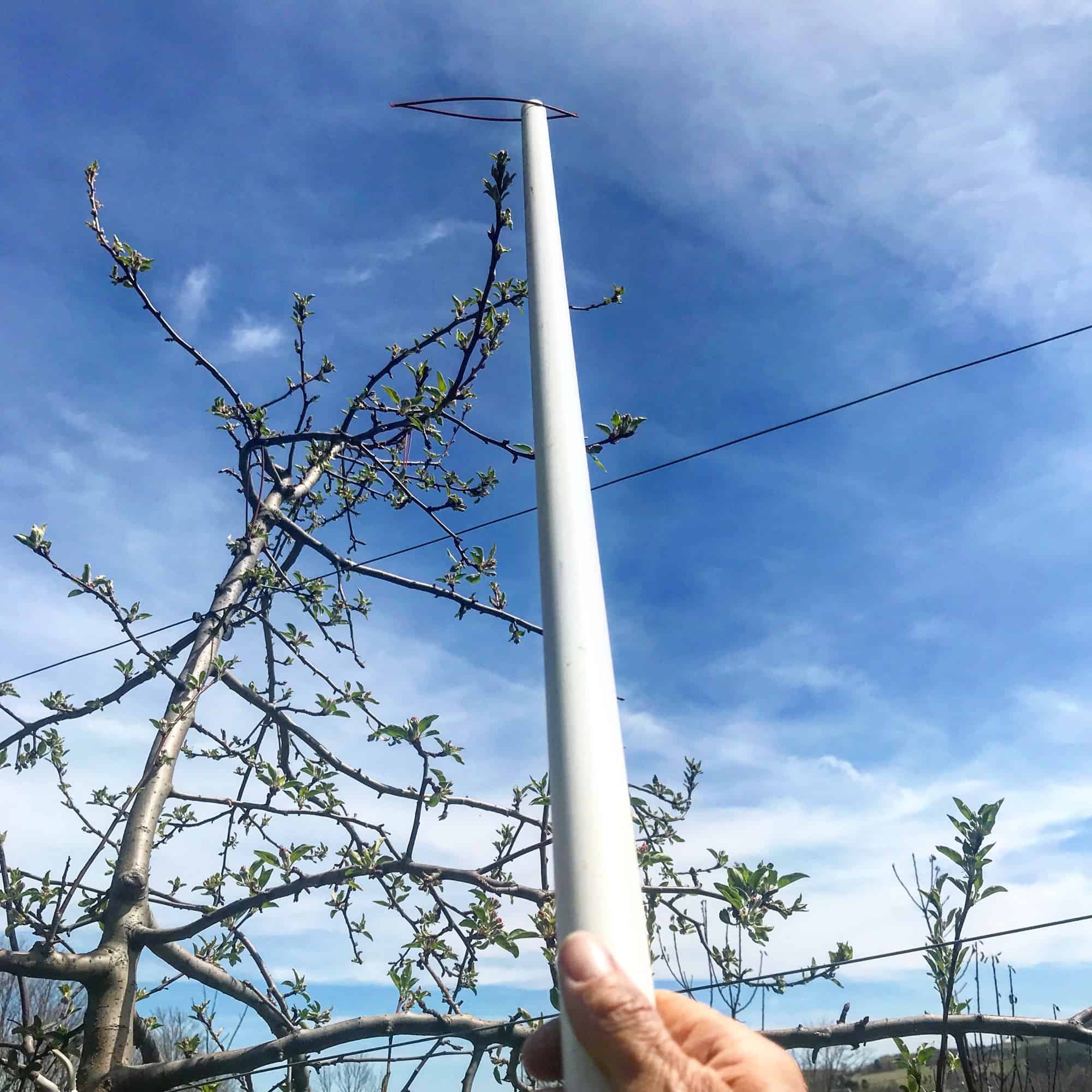 The dominant paradigm of modern agriculture is primarily an allopathic, based on spraying various chemistries to kill pathogens and destructive insect pests. One critique of organic agriculture is that it is simply a materials substitution approach. Take internal feeding lepidoptera (Coddling Moth and and Oriental Fruit Moth) in apple farming, for example. These pests oviposit into developing fruitlets. As  the larva hatch, they feed in the seed cavities causing the fruit to abort. Uncontrolled they can cause significant or complete crop loss. Later generations hatch inside ripening fruit causing it to leak frass and rot.

In the  "conventional" or "IPM" approach, the orchardist sets out traps to determine the correct window for spraying and then choosing among a dizzying array of designer chemicals, including organophosphates (derivatives of WWI era nerve agents) and neonicotinoids (the class of insecticide implicated in colony collapse disorder) to kill the bad bugs (and everything else in the way).

The "old" organic option could be bacillus thuringiensis, a naturally occurring soil born bacteria used since the 1950's as an insect control. The problem is, its toxin doesn't discriminate between Coddling Moth and Monarch Butterfly. Poison is poison, after all.

The "new" organic is to move away from the usual poison the bad guys strategy and into a realm of deeper understanding of biology and ecosystems. In my mind, mating disruption pheromones is a great example of this type of farming. Each year, we hang several thousand "ties" in the tops of the trees in the orchard. The ties are infused with the pheromone emitted by female moths. The scent is so strong that the males flock to the ties and can't find the females to mate. No fertilized females means no hatching eggs. Problem solved. No collateral damage, just an abstinence only zone.

Each spring just before bloom, we walk the orchards with a long pole, placing the pheromones in the top 3rd of the tree. It takes about 2 days for one person...significantly more labor than a spray... and is quite pricey. But it is very effective. We think it's worth it. What do you think?