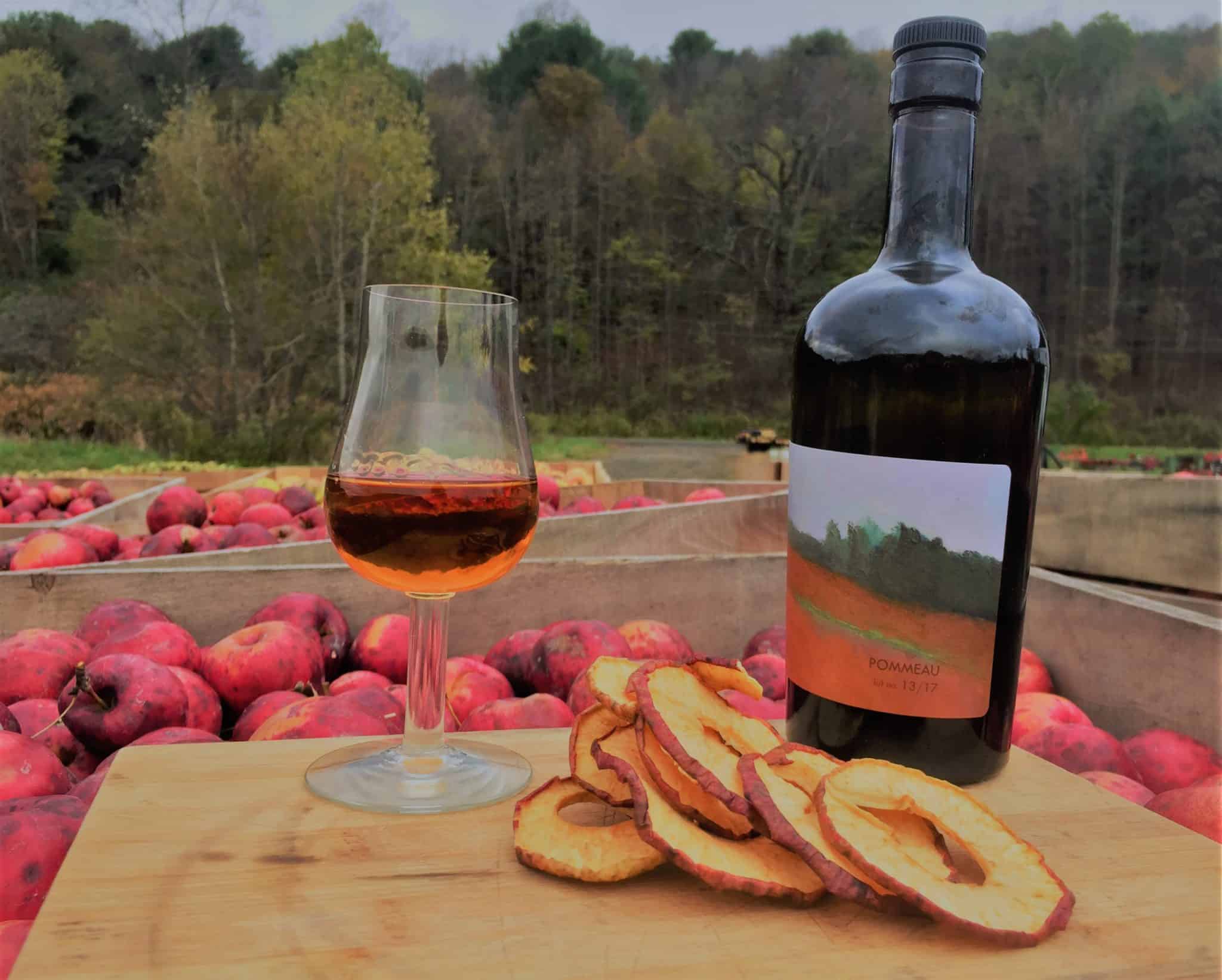 In my cabin near the cidery, there's a dehydrator slowly turning spirals of Jonagolds into dried apples that should last me through the winter if I'm careful. Having the dehydrator going has the added bonus of saving me firewood; even the heat its losing doesn't end up going to waste. And even on their own, the dried apples are delicious—a tart chewiness, an unexpected race of astringency in the peel, and a candied sweetness I recognize from the pommeau and ice cider here at Eve's. Picking these Jonagolds last week, I asked Ezra if it would be alright if I took a bushel or two to eat and preserve. He joked that the deer are eating more each day than I ever will. Use however many you can, he told me.

While pommeau has an established history of production in France, it was until quite recently largely unknown in American cider production. Traditionally, this port-like aperitif was produced by blending young Calvados with sweet, unfermented juice before barreling the blend—a way to prevent fermentation and retain the sweetness, sometimes to age for years. Pommeau is historically entwined with (and secondary to) Calvados production in Normandy, where it was often customary to put up barrels of Calvados to age and leave to your children. All it took was planning, an unused cellar corner, an excess of cider, and time.

The path to pommeau here at Eve's, when it started back in 2013, was more roundabout. Intrigued by the idea of pommeau, we purchased some unaged apple spirits from Dave DeFisher in Williamston, NY to blend and barrel age together with a secondary run of cryoconcentrated juice from our ice cider production. The juice was concentrated, but not to the degree we need to make it into Essence; we were looking for a way to use it to make something delicious. Autumn and Ezra thought the resulting blend good, but not quite good enough to bottle. They bunged up the barrels in a corner of the cidery and forgot about them.

Four years later and inspired by the Normandy tradition of the Calvados inheritance, Autumn and Ezra decided to take a number of tanks of dry bittersweet ciders back to DeFisher's to distill (and then leave barreled for a few decades) for Leila and Zuri. These ciders, for one reason or another, hadn't fit well as prospective blending components for any of the ciders in our 2017 vintage. This second trip to DeFisher's was an act of preservation and salvage. And the distiller's skill, too, is about choosing what to save and what to discard; in distilling terms, how narrow a cut do we take to make the hearts. The resulting eau de vie was so breathtaking—so similar to a young Calvados, with aromas of richly ripe fruit and the orchard floor—that we blended some of this into the now 5-year-old pommeau. 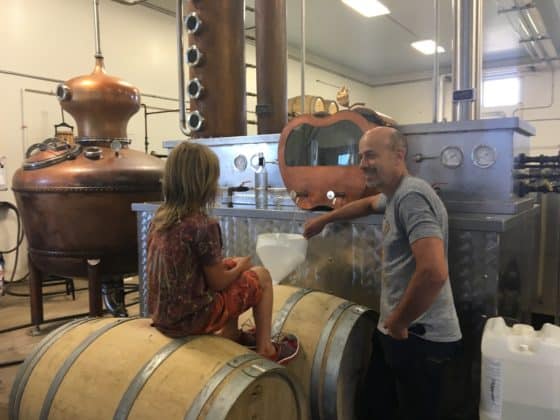 The central function of all of these practices—fortifying juice with fresh eau de vie, laying down barrels to become apple brandy, even the mundane act of drying apples—is about preserving, about saving something. It's the fundamental issue of harvest, of a time when the season has passed from one of scarcity to (with luck) a brief period of incredible bounty, and we are faced with how to transform that excess into something stable and long-lasting before it's wasted and we move once more into a time of lack. In a lot of ways, it's one of the concerns that underpin our complicated collective place in the world right now—the questions we are asking ourselves, or that we should be asking ourselves, or that are keeping us up at night. What will we leave for others to inherit? What of the world around us can we preserve? And what can we do to try to save what's important, and to share those things with others?

Here at Eve's, we believe that trying to answer these questions should be the goal of agriculture. Do what you can to leave this land better than you found it. Make something delicious to share with others. Create something that can outlast us. It's the unspoken hope of an orchard: that after we're gone, the trees and their occasional bounty—that something of us—will survive.